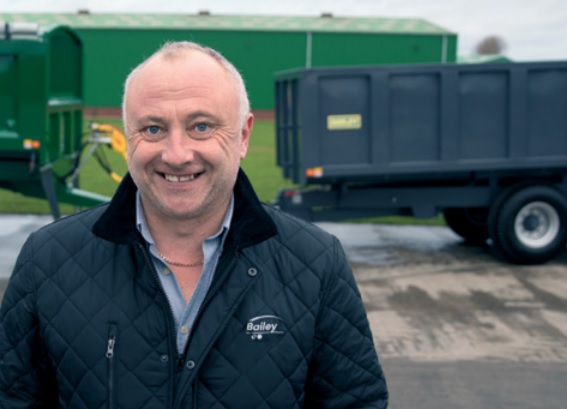 “It feels good to be able to give back to farmers.”

Michael Bailey is MD of Bailey Trailers, an international brand that produces 30 trailers a week. The company employs 95 staff at its 8 acre site in Sleaford, Lincolnshire, and its machinery sells across the globe. Since 2013 Michael has continually helped and supported Forage Aid’s efforts by loaning machinery and providing free haulage to aid farmers in crisis across Cumbria, Wales, Yorkshire, Derbyshire and Somerset, and he has also made huge contributions towards fundraising events. We spoke to Michael about his contributions over the years.

How did Bailey Trailers come to be involved with Forage Aid?
I’ve known Andrew [Andrew Ward MBE, Forage Aid Chairman] for years. He lives just five minutes away, and he’s part of our local community. When the huge snowfalls hit Wales, Cumbria and North Yorkshire in March 2013 Andrew became involved with helping the farmers in those areas, and one day he asked me if Bailey Trailers would help move some straw. We hauled some loads to Wales to help out the farmers there and it was great to be able to help.

And you’ve continued to help out enormously since then …
That’s right. Since then Bailey Trailers have contributed to lots more Forage Aid missions, either by loaning machinery and/or offering haulage. After Cumbria was the Somerset floods in 2014 – we hauled some loads down there and lent a couple of flat trailers to move the bales onto farms from Sedgemoor Livestock Market. Then we lent some more trailers and provided haulage again to Cumbria in the winter of 2015/16.

In July 2019 we lent two grain trailers to help in the clearup of damaged bales after big floods hit Reeth near Richmond, and then in that winter of 2019/2020 we offered haulage to help when floods hit Doncaster in Yorkshire and the area around Matlock in Derbyshire.

We also took part in a fundraising run with Energy Now in February 2015, which involved one of our trailers with a big banner on the side driving for about a week from Somerset to Telford and raised well over £10,000.

What motivates you to continue your involvement with Forage Aid?
I don’t mind helping out when I’m able to. It’s nice to be able to help the farming community. After all, we rely on their support – I don’t need to be persuaded to get involved whenever Forage Aid gets in touch.

Will you be happy to help again in the future?
Of course. Over the years it’s been the case that Forage Aid might not ask for my help for a while and then I’ll get a call. Then if I can supply them with what they need, I will. It feels good to be able to give a bit back. I’d encourage any other business to help Forage Aid if they can – they’re a good bunch of people doing really good work. 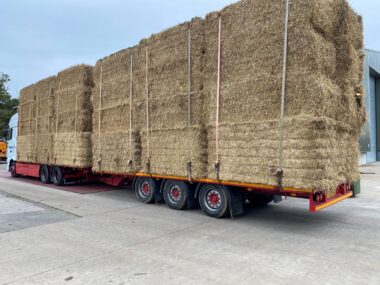 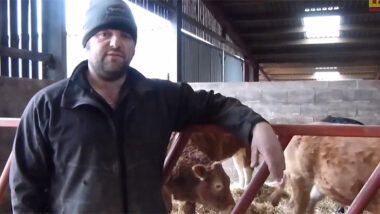 Third generation sheep and beef farmer Bryan Fell lives with his wife and two sons on their 350 acre family farm in Bassenthwaite near Keswick in the Lake District. When Storm Desmond hit Cumbria in December 2015 he faced devastating conditions and, like many farmers in the area, was struggling to care for his stock. […]